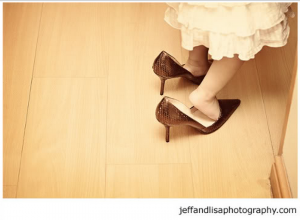 The other day, I watched my friend head to his job at a major Boston financial firm, wearing a suit and bowtie (It was “Bowtie Monday,” obviously). As he walked away in his monkey suit, I couldn’t help but think he looked a little like a kid in his dad’s suit, or a girl plodding around in her mother’s high heels.

We like to think that we’re all grown up now, no longer teenagers (unless you’re me), living on our own, working full-time, managing our own finances–even doing our own taxes. We cook and clean and separate lights from darks. Some people even think they’re old enough to get married.

But the reality of the world is I’m just as young as my (real) ID says I am. I’m reliant on my parents for emotional support and financial support, I’m listed as a dependant on their taxes, and I have no idea how to work insurance.

I’m a child, yes, but I’ve realized lately that age doesn’t equate to maturity. Two people whom I used to confide in, two people I loved, have hurt me in the past couple of months.

My friend, (who I dated out of high school for a total of 11 days) recently got married at age 22. We’ve been friends for a couple of years and I kept in touch with him when he went on a religious mission, writing him at least twice a month for two years. He returned in October, met a girl a few weeks after coming home, was engaged by the end of November, and got married this past weekend.

I’d probably have a bit of a meltdown no matter what, but his wedding’s been hard because he completly cut me out of his life. The last time we talked was in December before I went home; he wanted to introduce me to his fiance and I wanted to meet her. I didn’t think their decision was the greatest, but I didn’t doubt their resolve, nor their love for one another.

I called, texted, emailed several times while home and never heard anything. He never responded to my congratulations, never sent an invitation (after asking for my address. Tacky and mean.), and in the past couple of weeks deleted me on Facebook.

So pardon my condescending tone if I say he’s clearly not mature enough to be marrying this stranger if he can’t even properly handle breaking up with a best friend. The hardest thing is that I didn’t do anything wrong, except that I have a vagina and “dated” him for less than two weeks. I’ve passively thought about mailing his new bride the letters and tapes we exchanged, including the few in which he tried to convince me to marry him. But somehow, I can’t stoop to that level, for fear of  actually acting my age.

And then there’s another ex boyfriend, someone I still love even though we manage to hurt each other on a near-daily basis. After I turned down his request to spend the night (we were broken up), he opted to block me on every forum he could, change his passwords and ignore my calls.

Before we broke up, I’d mentioned that he and I were on emotionally different levels. He’s never dealt with so much as a goldfish dying, has never been broken up with or hurt (except by me). He argued that what I said was condescending (which it was, even if it was true) and that he was older than I was, and therefore more mature.

However, the irony of throwing a hissy fit and deleting my online existence like a heartbroken pre-teen escaped him.

And granted, I’m venting about him, so maybe we’re not so different after all. But I’m inclined to think “thank goodness” that I’m not surrounded by that negativity right now. But I don’t think that, actually… I lost my best friend and my boyfriend in one crippling blow, and miss his presense all the time. But I’m trying to be about positivity right now. And that’s not wrong.

I’m still the little girl trying and pretending to be a grown up. But some things are falling into place. I might be young, but I have lived a lot in my years, for better or for worse. My feet are now far too big to fit in my mother’s shoes. I’m learning to walk heel-to-toe, rather than plod. And one of these days, I’ll learn a little something more about insurance.