I’m blessed to be surrounded by people with varied backgrounds, experiences and opinions. And I pick and choose bits of my friends and their beliefs to incorporate into my own set of opinions. It’s kind of a sticky subject, but I want to dive into religion; I just want to vent about it and brain barf various views that I struggle with, but first a little history…

I was raised Catholic, but a CEO (Christmas, Easter only) Catholic. We attended occasional services and didn’t play an active role in the church. I went to youth groups when I thought it was convenient and I did what I had to to get my Scout religious medals, but that was more about the shiny medal than the strength of my beliefs. I struggled with a lot  and Catholic youth groups are notoriously bad.

I also attended to generic Christian youth group with a friend. I went to weekly meetings where the “preachers” were 20-somethings with a social life and facial piercings. They weren’t crusty old geezers that I couldn’t relate to. One of those preachers or teachers (or whatever) gave me this book called “Why So Many Gods,” which broke down (in a very biased fashion) hundreds of world religions and philosophies and cults into basic facts. I found it fascinating and still have that book today.

I was confirmed Catholic, partly so I could find some sort of belonging and partly to appease my parents and grandparents. Even in that confirmation, I snubbed my feminist nose at the church by choosing a male patron saint (Saint Christopher), rather than a female. So technically my Catholic name is Christopher Marian Hawthorne Daniells. Quite the mouthful.

The summer after I graduated high school, I was hanging out with a friend–we’ll call him David–that came from a religious family. He never pushed anything on me, but the knowledge that he was religious made me open my mind a little bit more.

And then came “Paul.” Paul had been my friend for years and I knew that he was Mormon, but I never bothered to learn more about it. In the time that I’d known him, Paul had transformed from a rebellious, quasi-emo teenage Mormon to a committed zealot with a strong testimony of faith. I wanted to hear his story and what about the religion made him tick. So I asked questions, delved deeper and ultimately liked what he said. Everything that we covered in that first conversation was sugar-coated and beautiful. I ate it right up.

And then I started dating “Parker,” who ironically is Paul’s sister’s ex-boyfriend. Also Mormon. And he helped me learned even more about the religion. When I went away to college that September, I was swimming in joy at having found a religion that was so kind and beautiful and seemed to have the answers to everything. I stuck with it, turned my blinders on, and failed to notice or observes anything else around me. I was hooked on my sugar-coated drug.

And the Mormon church does have an answer for nearly everything. Unfortunately for them, I’m a journalist and I ask a lot of gritty, detailed questions. A couple of months in, I came to a point in my path where my questions were no longer being answered in a way that I found satisfactory. It was heartbreaking, but I couldn’t accept a religion that failed to provide me the answers I needed, no matter how sugary sweet it was.
…

Now, I’m a drifter. I consider myself religiously ambiguous (whatever that means). I take bits and pieces of ideology and practice and philosophy and stick them all together into something that resembles spirituality more than religious fervor. And it makes for some interesting interactions.

With my yoga practice, and the influence of certain family members, there’s a largely Bhuddist influence. I’m very zen and have faith that there is a sense of balance to the world. What goes around comes around, karma, yada yada yada. I don’t think about it in defined terms, necessarily, but the same ideology is there. I like the calm. I like the idea of bettering myself and being at one with myself. I like the Tolle idea of living in the now and recognizing that pain is in my head; there’s great power in that.

And then there’s the logical side, too. A very significant someone in my life comes from a religious background, but doesn’t believe in much of anything anymore. While we disagree on a lot, I do find his arguments fascinating. No one can argue against the notion of God better than someone who once held Him near and dear to his heart.

And then there’s God. Or Allah. Or Life. Or whatever. In a weird way, I don’t know that science and God are necessarily exclusive. I think that they could be one in the same. Why can’t Science be just as crucial a role in our lives as some all-knowing being? There’s this one essay by Kant titled “Observations on the Feeling of the Beautiful and Sublime” in which Kant evaluates the differences between what is simply beautiful and what is sublime. Things like flowers and a pretty sunset–those are beautiful. But the Grand Canyon or the Grand Tetons, or the view from a cliff–those are sublime; they are beautiful, but they are awe-inspiring and powerful, as well. That, to me is “God.” God is Sublime.
…

Ultimately, I think there’s too much beauty in religion to let go of it entirely. Maybe it’s not real. Neither are unicorns. But that doesn’t mean that they aren’t beautiful. Imagination is it’s own kind of religion, too. And it’s beautiful.

I used to refer to “God” (or whatever) as my own personal shrink. I admitted things in my prayers that I would never say out loud, that I would never tell even my closest friends. There’s something therapeutic and freeing in that level of deep honesty, in the idea that something, or some being, loves unconditionally.

My friend “Alex” is a science-y major and still maintains a small bit of her spirituality. There are some things, she explains that are “God things.” And to me, that seemed like the most simple explanation ever. I may not subscribe to the beliefs of any organized religion, but I can’t help but believe in God things, in Sublime things and in the sublime beauty of the world. Maybe it’s all unreal, but what does it hurt to have a free unconditional shrink. And let’s be honest, unicorns are pretty darn sublime. 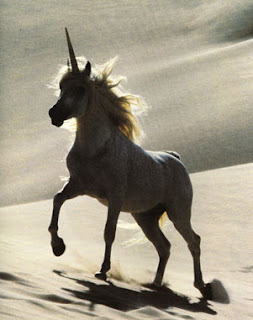