For the Love of Music

I’ve always had a weird relationship with music. Back when I was a little more involved in it, I would hear harmonies in my head. I could sometimes hear two different songs playing at the same time. Even now, there’s always something playing in my head (Currently “Paperweight” by Joshua Radin).

I blame my mother. We used to joke that her grave stone would say something to the effect of “She had a song for everything.” Because, well, she has a song for everything. She knows the lyrics to every kind of song, from Simon & Garfunkle to WWII fight songs. And the smallest turn of a conversation, the most insignificant mention of a tiny detail could prompt her to sing. So I guess that’s where I get it.

You know how people say that scent is the sense most linked to memory, like you smell something and it’s as though you’ve jumped on a time machine. Like yesterday, for example, when I was walking home and got a whiff of Chanel #5, street grime, and hamburgers. And I felt like I was 15 again, walking down Thayer Street in Providence.

But I’m that way with music, too. Songs remind me of people, that’s a given. People I thought about while listening to them, people who burned me the CD, people whom I went to concerts with. It goes beyond remembering people though. Listening to certain songs sends me back to events, feelings, phases in my life. One verse of Black Eyed Peas’ “I Gotta Feeling” and I’m back in my ex boyfriends car the summer of 2009, driving through San Diego with outrageous sunglasses on and dancing in our seats, despite the seat belt’s determination to keep us still.

When I hear Ben Folds’ “Luckiest,” I’m teleported back to fall of my freshman year of college, when my life was very (very) different. I’m sitting on my bed-slash-desk in Melvin Hall with my heated blanket because the heater was horrible. I’m pining for the first guy I ever thought I might marry. And reading every free second I could.

And whenever I hear The Script’s “For the First Time,” I’ll be reminded of my time in New York.

Music has a way of comforting me, of reminding me. I once wrote this essay about Ghanaian culture, about how much their lives revolved around music. And then I related my own stories and my own connection to music and ultimately argued that I, too, was Ghanaian. Pasty white Ghanaian, but African nonetheless. 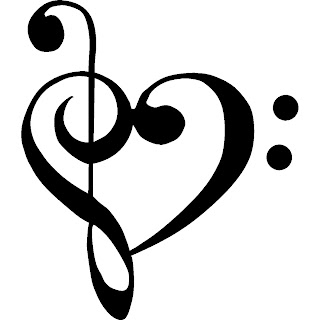