I seldom post things about my personal life… unless they’re terribly awkward or hilarious. But this morning, I just have a lot on my mind. And my computer was closer than my journal. So I’m just going to write.

When I like someone, it’s usually one of two things: Either I am drawn to something about them and grasp a hold of that detail. Or I’m so blinded by everything else that I don’t even notice I like them, until something (3,000 miles, a girlfriend) points out the readily obvious. There are some that straddle the line and don’t particularly fall into a category, but the general grouping still stands.

Realizing that someone fits into the second category is the scariest thing in the world, though. Typically, they’re one of my closest friends and confidantes. And they know details and nuances about me that I seldom share. I’m comfortable with them in a way that I am not around others and somehow I never fully realize them until its so blatantly obvious that I feel I have to address it.

I can think of very few instances when I’ve felt this way. The summer after I graduated high school, I spent several nights a week with Friend. We talked about everything from life to religion to law to love; and together we made mundane things–like shopping for a lamp–exciting. I knew from head to toe that I loved Friend, but I never bothered to say anything for several reasons:

Friend ended up doing the dump-n-run on me. Three thousand miles apart, with no history to crutch ourselves on, we never even had a chance. Things didn’t work out. And he ended up transitioning into the first category. We talked less frequently and less openly and my worst fear was realized: I lost my best friend.

So naturally, I’m scared out of my wits about coming to the belated realization that I’ve got another Category 2 Situation (that sounds so legit) on my hands. I can’t lose this one in any way shape and form. But I can’t let things turn stagnant either.

About a year ago, I wrote this post as a toast to the “nice guys” of the world. I was inspired by a ventfest in some Midwestern college paper and decided to share a bit of my own thoughts. I had someone in mind when I wrote it. And that someone can probably deduce from various references who they are. For some reason, I can’t give him a fake name. It just wouldn’t work or do him justice…

I think the “someday” I reference in that post is now. And, as always, the timing sucks. But it’s crazy to think about potential. And not his; I used to like guys because they had such promising potential, even if they were straight-up assholes in the present). He has potential, yes. But he also has everything else. And I’m betting he doesn’t even know.

It’s heartbreaking because the last thing in the world I want to do is hurt him. But the nature of the entire situation means that somebody gets hurt. There is no blame, nor any real resolution. Just hurt.

And while I’m struggling with this whole situation, the person that I typically turn to to talk everything out is the person I’m trying to give as much breathing and thinking room as possible. These are uncharted waters for me. 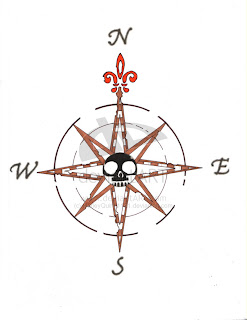