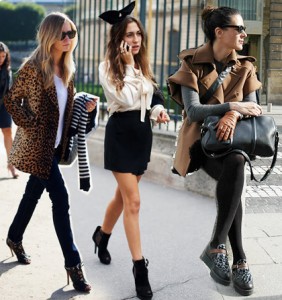 Almost finished with Orientation. Between mini seminars on safety and the science of dating in Paris, I’ve been watching people.

I found this comical and chauvinist blog online that lists the “100 Red Flags,” traits in potential girlfriends that the boys should avoid. Red flag #81? Never date a girl who studied abroad in Paris. They list their reasons, which are funny but generalized and unimaginative (even if they have an inkling of truth to them).

There is something to be said about Paris attracting a certain type of person. Coco Chanel, Carrie Bradshaw, Henri Cartier-Bresson, Hemmingway, Gertrude Stein: this city is drowning in cultural significance.

Friedrich Nietzsche said, “An artist has no home in Europe except in Paris.”

New York draws all kinds of people because it has a variety of strong industries: art, architecture, music, dance, theatre, sports, and —of course—finance. And while Paris is strong in art, architecture, music, history, and—of course—fashion, it isn’t exactly known for its Wall Street, and stretching is a sport here. So while the business and baseball buffs round out New York’s artsy-fartsy culture, Paris has no such equivalent.

Looking around my orientation sessions, there are a lot of women. I’d say maybe 70 percent.  And of the handful of guys, I’d bet half are gay (it’s hard to tell in Europe, where being “metro” is the new black).

So not to worry, Almost Boyfriend. The numbers are in your favor.

Angela Carter, a British author, thought that cities had sexes: “London is a man, Paris a woman, and New York a well-adjusted transsexual.”

Couldn’t have said it better myself.