I was looking through some of the ASME award finalists yesterday and came across an article from O Magazine last year.

The piece was a two-part series about this woman who subjected herself to the 60 day Bikram challenge. She was at a bad place in her life and decided to force herself to spend 90 minutes a day in a 105-degree, 40 percent humidity room, stretching and sweating. She measured the before and after and the results were pretty impressive, especially given that she didn’t do one traditional workout—no dung bells, no treadmills, nothing. Just stretching and sweat.

I did a little research and Bikram yoga, commonly referred to as “Hot Yoga,” is a little different than other methodologies. The founding guru, Bikram Choudhury, studied yoga from a young age and developed this methodology. He then founded the Bikram Yoga College of India, which isn’t necessarily in India; any Bikram-accredited yoga studio is part of it.

I’m intrigued by Bikram more than other methods of yoga because of the results. Most yoga strategies help with concentration, focus, balance and general wellbeing, but Bikram advocates a bit more.

Bikram yoga incorporates 26 traditional Hatha Yoga postures and two breathing exercises. But the studios are usually very simplistic (no chanting or incense) and have mirrors so that all yogis can see themselves and constantly perfect their style. The classes are 90 minutes long, but yogis are required to stay in the room. I’m not kidding here; I just looked at one of the waivers and that point is clearly stated among the other details that basically say, “If you die, it’s your fault.” Intense.

But the benefits are supposed to be tenfold (Perfect for my ten obsession). Because you’re sweating so much, you’re literally sweating out your body’s toxins. And the poses supposedly stretch, tone and/or utilize every muscle and almost every organ. For detailed information about the specific benefits of each pose, check out this site. Looking at those pictures, I’m sure an additional benefit is increased limber-ness. And then, of course, there’s the mental exercise of challenging oneself to stay in the room. That right there is a workout in itself.

My minor asthma goes funky in heat and humidity, but that’s actually part of the reason I’m intrigued by the idea of Bikram yoga. What if I could challenge myself, push myself enough to the limit that I could control my own asthma? That’d be pretty awesome. And I’m sure the high from the intense workouts is much better than the jittery, uncontrollable high from an inhaler. Ick.

There are great first-timer discounts. But I want to try out all my options. So I plan on doing a variety of yoga styles before settling (hopefully) on one. I’ll use my free week at YogaWorks, experimenting, and then I’ll take advantage of the Bikram Yoga Manhattan studio that’s right at Penn Station, a 10-minute walk away.

By the time I’m back in Boston, I can decide whether to commit to Back Bay Yoga or Bikram Yoga Boston. Choices, choices, choices… Hopefully Daddy is willing to help with the membership charges, as well. 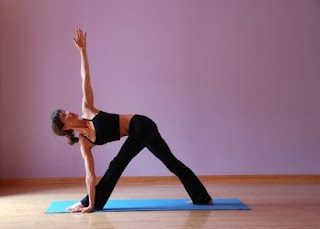