Fancy a Spot of Tea?

I’m not exactly feeling well today. I’m having nasty hot flashes and feel like my skin might melt off (not exactly comfortable when I’m wearing a down jacket). So during my afternoon slump, I snuck into the Marie Claire kitchen and made myself a cup of green jasmine tea.

I know I’m crazy old-fashioned and all, but I think that tea is completely undervalued in today’s society. People loooveee to talk about their dependency on their morning nonfat, extra hot lattes (trust me, I’m a total fan), but an afternoon cup of tea is completely different (Random digression: my summer drink is a green tea lemonade. Tastes like sunshine).

Coffee is about the caffeine and the morning wake up. But tea is about savoring the moment. It’s about slowing down for a second, warming up to a steam facial and communing with one’s inner self. Cheesy? Perhaps. But my opinion is no different.

Anyway, my little afternoon tea sesh (I just said that in an English accent in my head) got me thinking. Rather than blog about how super special tea is, I should just show. It’s also on my Bucket List (Dude… seriously need to put that up here) to host various themed dinner parties. And for one of them, I think I’ll do a tea party.

When we were clearing out my grandmother’s things several years ago, we found a mismatched set of various tea cups and saucers and I thought they were the prettiest things. I don’t throw myself birthday parties (because I generally just dislike my birthday), but I always thought a tea party birthday would be so pretty. 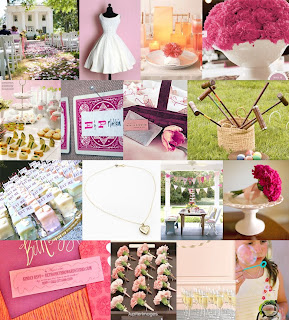 See? Pretty 🙂 Anyway, insteaadddd, I was just thinking how awesome it would be to have a holiday tea party. I could bake holiday cookies and treats and have pretty little centerpieces with dark red flowers and lots of greenery and then we could have an assortment of teas… mint, green, breakfast. It would be a relatively inexpensive party to host because it’s only paying for desserts, instead of feeding people.

And all the girls (because I’m assuming tea and testosterone don’t really mix) could come in pretty party dresses (and even vintage hats!!) and we could just sit and drink tea and eat sweets and just soak up each others’ prettiness.

Keep your eyes peeled for the invite in November.