Uncategorized
March 28, 2011
by Marian
where I can fall asleep looking out and watching those same three familiar red lights flashing not-quite-in-sync.
It’s where it smells like bacon (always).
It’s where I fall asleep on Kelly’s bed because I couldn’t make it the ten more feet to my own.
It’s where I can’t get away with faking a good day because I’ll get a text saying “Coffee. AfterHOURS. Now.”
It’s where my rain jacket still hangs in the closet, even when I’m three states away.
It’s Kelly’s dad’s cookies and Jordan’s chef creations and Laura’s late night wine fests.
It’s photos and laughter and snuggling to sleep with people who will never again be strangers.
It’s where I know how to jiggle the shower faucet for 5 more minutes of hot water.
It’s where I don’t have to use Google maps to get around.
It’s where I can fart out loud, my face turning red from shared bouts of laughter rather than embarrassment.
It’s where I know where the forks go.
It’s where my T card always has just enough money on it to make it from South Station to Mass Ave. 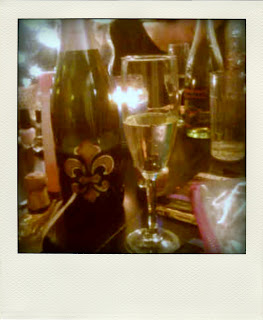